What our members say

“After getting married in 2017 I gained a wooping 4 stone. Having lost all motivation to go to a gym and eat healthily I started the unlimited pt programme in July 2019 as a last ditch attempt to make some much needed changes and must say I couldnt be happier with the results so far. Within 10 months I have lost 4 stone and inches all over and I can definitely see my shape changing.”
Kerry

“I completed five months of UPT and I now can’t remember why I ever stopped going to the gym because I have realised just how much I enjoy it from doing UPT. Before starting UPT I was only going to the gym once every couple of months or I would go through a spell of going a lot over two weeks then not going again. I now miss going to the gym when I don’t manage to go which I never would have thought before UPT! Stephen is great at pushing you to work your hardest but he would also let you work through the exercises/circuits at your own pace. The exercises were always challenging and varied which I really enjoyed. The monthly challenges Stephen organised were also great as they pushed you to improve on your previous time/reps. I now feel so motivated to maintain my new routine of exercising three times a week because I feel so much better in myself and my fitness has definitely improved. I will be back next year when I need that extra push for summer thanks Stephen!” – Kerry

“After years of going to fitness classes and not really seeing any results, I decided to look into personal training. I signed up to Stephen’s unlimited personal training, feeling a bit apprehensive about going into a “real gym”, and bit the bullet. Stephen has been so patient and encouraging and made me feel really comfortable regardless of my fitness level or ability. Once I got my fitness levels and confidence up, I started the beginners run club, and can now say that I am one of those people who actually enjoys running! It’s so nice to run in a group and have the support and encouragement of everyone there with you. I’m only part way through my journey, but I am so grateful to everyone at Abbeymill for getting me this far! I’ve never been this motivated in my life and long may it continue!” – Corrina

“I joined on Abbey Mill’s Unlimited PT membership 3 months ago yesterday, we did our first results today and mine and Stephen’s hard work is now really starting to show with 1.2 stone lost and lots of inches off including 4.5 around my stomach. Loving training with Stephen and really pleased with the results… what’s next??” – Charlotte

“I needed to lose the 5 stone I’d gained over the last 8 yrs but as I get older (too close to 50) I realise it’s not important getting back to size 10 but being healthy, fitter and stronger so that was my aim. The yearly yo-yo cycle and excuses (my excuses were good honest!) had to stop and even though I was so busy – like we all are – it was priority to make 1hr in the day for myself.

I would highly recommend UPT with Stephen. Timing is flexible, sessions are varied, can be 1-1 or 4 or 5 others. It’s good to mix it up and train with other members who have now become friends. The introduction of Myzone has taken it up a level, absolutely loving the competition and the banter that comes with it. If I’d taken Stephen’s diet advice I’d be at my target already but I’m still slightly addicted to carbs so just over 4 stone gone.

Stephen kept asking me to try Run Club. “No” I said “I can’t run”. 6 months later I ran Edinburgh half marathon and looking forward to Glasgow half. I could never in a million yrs have done it without the support and encouragement of Michael and the folks in run club. This is a brilliant wee group of people. It helps so much when you actually want to keep going to blether and catch up – took me a while to run and talk though I’m actually so proud of myself now I can say I’m a runner, words I never thought I’d say. Not many 17yr olds can say they go out running with their mothers but my daughter can and I’m so chuffed about that.

By far the best decision I’ve made in a long time was joining Abbey Mill and Unlimited Personal Training. My only regret was not joining sooner!” – Debbie

“I joined Abby Mill UPT in April 2018 and 18 months on I am still loving it! Pretty soon after signing up i realised how much of a mistake I had made by putting off joining for the 6 month previous.

As cliche as it sounds UPT has changed my life, from being over weight and doing literally anything to avoid exercise! I now enjoy exercise, and have 5 PT sessions a week. Thanks to Stephen and the Run Club team i am able to comfortably run 10k and beyond. For the 1st time in forever i got to a healthy BMI which I could not of dreamed of before.Whilst I have built up the knowledge and motivation to go it alone, Stephen’s workouts are constantly changing, challenging and interesting. The sessions are often individual or small groups, but the sessions are always specifically designed to suit everyone’s level and personal targets.
If you are reading this you are probably in the same situation I was in 2 years ago wondering whether UPT is for you, all i can say is don’t make the same mistake as I did, get yourself signed up I am sure you will appreciate the benefits straight away!” – Sam 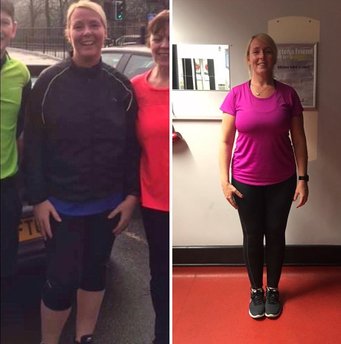 After having my babies and hitting the big 40 I decided to start running with Cheryl Turner last year. I’ve never looked back. This year I started doing HIIT with Cheryl and Stephen Brown and thanks to them I did my first solo 10k this morning and loved every second of it. Thank you so much for all your support guys, and Michael Gavin too, best team xx

What our members say